The History behind Steve's Famous Diner in Daytona Beach 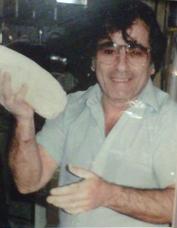 Founder, Steve Mavronas was born in 1942 in Greece and came to America in 1967 with $15 in his pocket and with a dream to open his own restaurant. After opening several restaurants in the New Jersey area, Steve decided to make the move to Florida. In 1986, the first Steve's Famous Diner was opened in the Daytona Beach area. Steve built the business into a success and opened a second location on Beachside in Daytona. In 2002, his son Chris took over the Beville location and together both restaurants grew through the years. In 2007, Steve Mavronas passed away, but his dream/legacy lives on through his children. 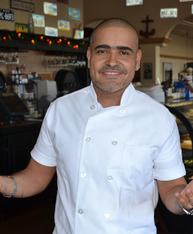 CEO Chris Mavronas is a self-taught chef and worked many years with his father learning all aspects of the restaurant business. Chris also graduated from The Univ. of Central Florida with a B.A. in Psychology. Chris took over the Beville/Nova location in 2002 while his father focused on his Beachside location. After his fathers' passing in 2007, Chris had to close the Beachside location. He kept Beville/Nova open and in 2010 decided it was time to expand his business and opened a second location in Beachside Daytona.

In 2012, Chris' sister Larissa acquired the Beville/Nova location. Currently, there are two locations where all are welcome for great COMFORT food and good ole' hospitality! Come join us for breakfast, lunch, or dinner at any of our beautiful locations in Daytona Beach Florida.